While most days on Navy ships during the Age of Sail were spent mopping the deck or hoisting the rigging, sailors did have some time for a little relaxation.

On Sundays and during dogwatch, a two-hour period of “watch” that varied each day, sailors could   explore hobbies. These downtimes varied based on the preferences of the individual sailor. Some sailors enjoyed writing, drawing, singing, smoking, playing games, reading, or making carvings.

The crew aboard the USS Monitor during the Civil War play cards to pass the time. Courtesy of the Library of Congress.

The American Seamen’s Friend Society, a group formed in the early-mid 1800s, was committed to providing sailors books to read as well as “to improve the social and moral condition of seamen.” The Society fulfilled this mission by collecting books and placing the libraries “of some 40 volumes” on ships for the sailors to read.

Other sailors spent their free time playing games like dominos, checkers, and cards.

Two sailors play checkers on the deck of a ship.

Music was another way that sailors passed time. Songs, like sea shanties, were instrumental in keeping the crew on rhythm while working, but the music was also important for entertainment. Many sailors used their time to gather and share stories, sing songs, and play instruments. Sailors would grab their accordions, fiddles, or other instruments aboard the ship and burst into forecastle songs. Unlike shanties for work, forecastles or forebitters served as a form of entertainment and storytelling.

Some sailors choose other creative outlets like painting and carvings. With limited supplies, sailors often used items found around the ship for their art materials. Being on a vessel made from wood, sailors would often design woodcarvings. The skill sets of designs ranged from sailor to sailor. Other materials, including ivory carvings, known as scrimshaw, allowed sailors to describe their sea journeys and overall provide a source of entertainment. 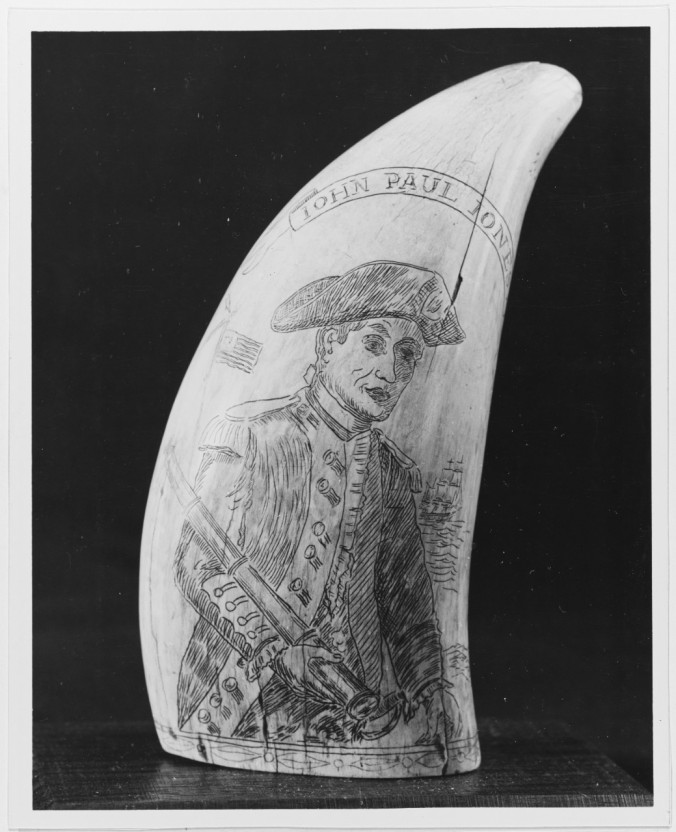 To learn more about the life of a sailor and see some artifacts related to leisure, come check out the new exhibit, “Age of Sail: Sails Unfurled” opening at the National Museum of the American Sailor later this year.

One thought on “A Little R & R: Leisure on Navy Ships during the “Age of Sail””